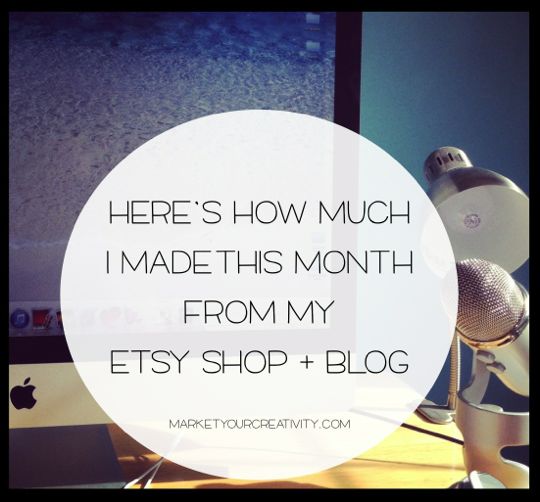 It’s the March earnings report! As you know, it’s full-disclosure 2014 for me. Not only will I be breaking down how I spend my working hours each month, I’m also reporting exactly how much I profit from my creative business.

If you’re just joining me, click here to see how much I made in January and February and why I started sharing.

In 2010, my biggest goal was to be a work-at-home Mom. I’ve achieved it, and I want to be completely transparent about the details. I’m going to share with you exactly how much I make and list the ways in which I make it. Here goes!

I start almost every discussion on money or building a rewarding creative business with full disclosure that I believe a multi-faceted business is a must. Therefore, in each monthly report, I’m going to list the source of my income from highest- to lowest-paying for that period. February’s sources of income were: 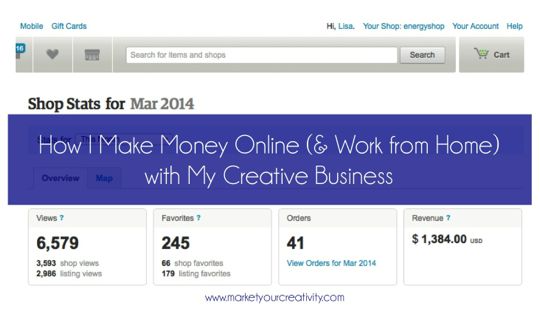 This month was a whopper! I made more in March than I have in January + February combined because of the Build a Better Creative Business course: basically I get paid up front for two months’ work. The challenge here will to be keeping up the production of the other aspects of my business (while adhering to the four-hour workdays) and bringing in another decent income for April. I’d like this to be a boost toward a higher salary for me rather than just an advance on next month’s pay. We’ll see how that works out next month.

This month’s breakdown is going to be super fun for me! I made this comparison in the first month’s report, and because I love breaking down the numbers (and proudly showing them to my husband

), I’m going to continue. By end year, I’ll be able to average out an official hourly wage for myself.

After I carefully calculated my working hours this month, I did some math. First off, minimum wage in my state is $7.25 per hour. Let’s say I went out looking and landed a really good job, doubling minimum wage at $14.50 per hour. Let’s even say that this job offered me flexible hours so that I was only ever working while my children were in school (35 hours per week).

Here’s what I make now …

Vs. what I might make in the traditional workplace …

I get a lot of questions about how long and what it took to get to a steady monthly income with my creative business. I started the Energy Shop in 2010, and her glorious 4-year anniversary is coming up in May.

I’ve celebrated my success and shared my techniques and lessons learned here on Marketing Creativity over the last three and half years. The article that started my blog was titled, 450 Sales on Etsy in the First Three Months of Business: Here’s How. I write special posts every year in tribute to the Energy Shop’s anniversary.

In the first year I wrote, 1,000 Sales and Counting in My First Year of Business on Etsy.

By the second year, I had so much to say that I had to turn my anniversary post into a 3-part series!

What I’ve Learned about Marketing … (This article has been shared more than 2,000 times on Pinterest!)

And finally, What I’ve Learned about Perspective …

As you can see by the number of links, I love to talk shop! And as time passes, I find that I have more and more to say on the subject. In honor of the Energy Shop’s third anniversary, I wrote 31 posts!

{31 Days to} Build Your Own Creative Business

To go along with full-disclosure 2014, I’m going to make the 4th anniversary post a complete breakdown of everything I did over the last four years to get to a regular and reliable monthly income from my creative business. Look for it in May! Until next time and all the best.