Here’s the thing about creative businesses: we’re making it all up as we go along, and learning the rules as we go. When we come to depend on this income and our livelihood is at stake, sweeping rule changes create widespread panic, and I’m no fan of panic. 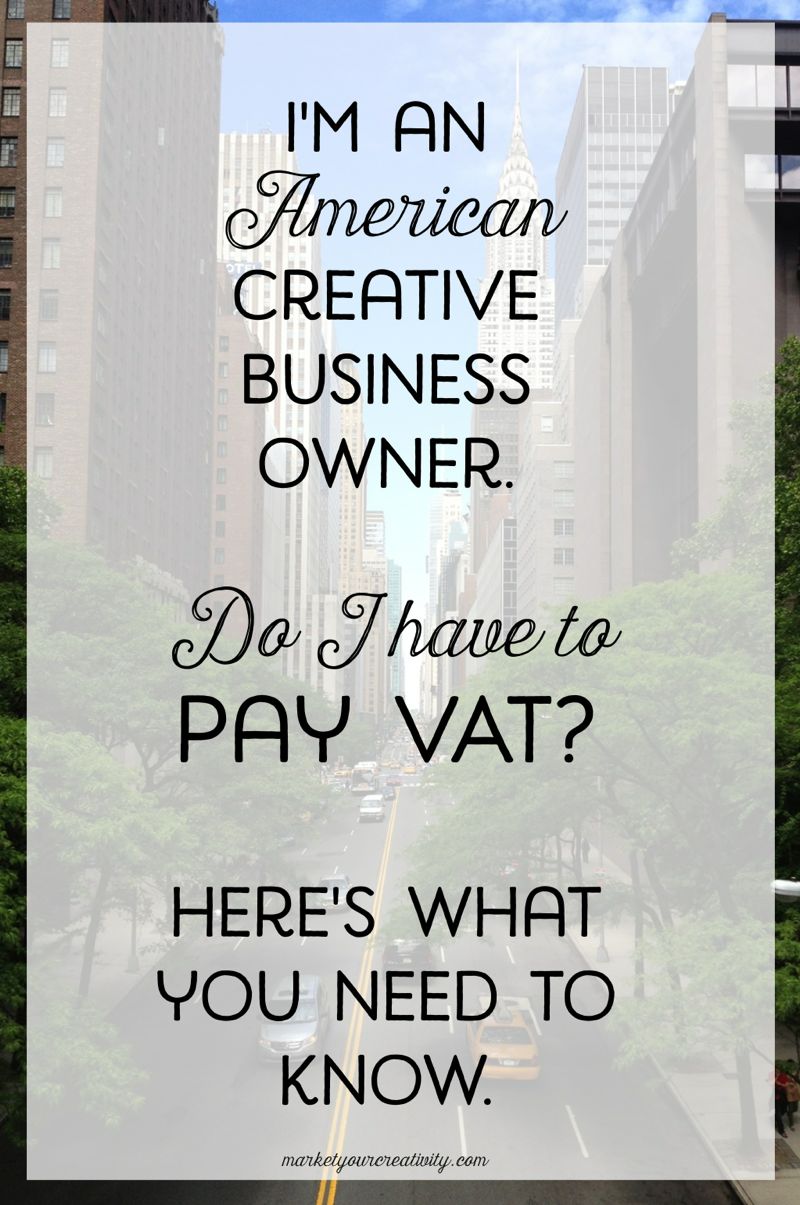 Therefore, I decided to address VAT changes for non-EU residents, like myself, to take some fear out of the discussion and give you a clearer understanding of the tax rules. From Wikipedia, VAT is “a value-added tax … is a form of consumption tax.” The European Union (made up of 28 countries, or “member states”) is imposing a new tax on their residents effective January 2015, and it applies to digital sales (any files or services sold and transferred online).

To be clear, NOTHING is changing for non-EU residents selling digital products online.

Even my EU friends seem to be confused about this, as evidenced by my Twitter feed, so I did my research. There is no new rule for non-EU small businesses. Since 2003, the EU has had a law in place that non-EU small businesses pay the VAT that they’re about to force on their own union (a sales tax according to the customer’s country rate, not the seller’s).

In other words and for American citizens, if you’ve been selling products or services to the EU, they’ve expected VAT on every sale according to the customer’s European country of residence for the last ten years. Up until January 2015, the same rule did not apply to EU sellers; they’ve been expected to pay the VAT rate in their own country, not their customer’s country.

Here’s a look at what’s changing: 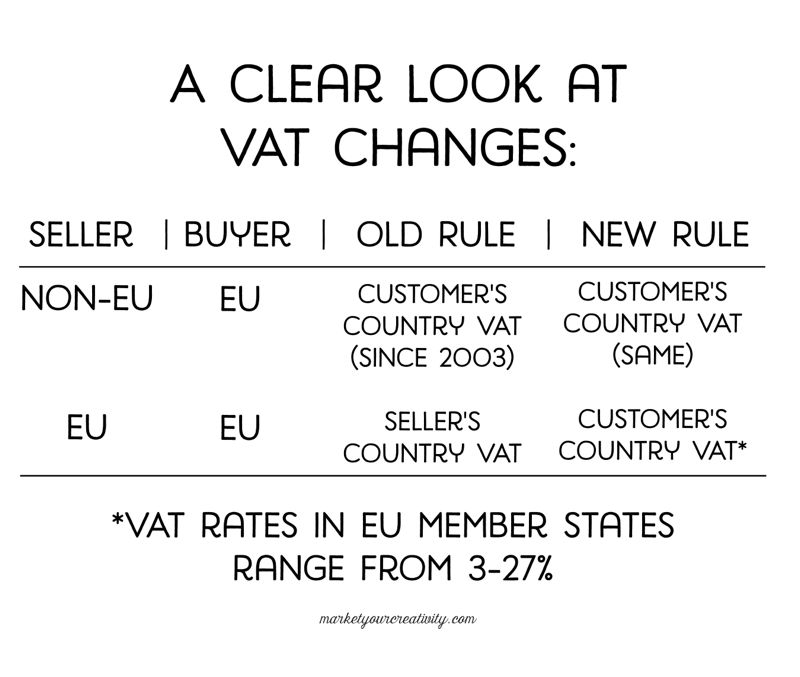 For non-EU small businesses operating outside of these countries, signing up to pay VAT is pretty much voluntary. There’s a myth that there’s a threshold (I’ve heard 35,000 euro, which very few of us make in sales to the EU) before VAT is due, but that’s not true for digital sales. Technically, the EU wants a cut of every digital sale you make to its residents.

That said, we’re not citizens of the EU and the majority of us are set up as sole proprietorships (operating and paying income taxes under our social security numbers). Unless the U.S. government backed the EU’s VAT laws and spent valuable man hours enforcing them (um, not likely), a foreign government isn’t going to have much luck imposing a tax on our hundreds of thousands of small, online businesses.

However, they will have no trouble enforcing the same laws they’ve written for non-EU on their own residents come January 1, 2015. The EU has an Office of the Revenue Commissioners that’s similar to our Internal Revenue System (IRS). That’s why we’re hearing such an outcry for help and support from our neighbors to the east, and rightfully so.

The law was created against the online giants, but it’s hurting countless EU small businesses in the process. From Tech Crunch (linked at the end of this article),

“The new rules are an attempt to curb the big web giants like Amazon, Google and Twitter from funneling all EU sales through Low-VAT Luxembourg [3% VAT].”

I know that there are several petitions, in addition to this survey I’ve been asked to share, created to rally against the legislation. If you want to share more, please leave them in the comments and I’ll be happy to spread them via social media as well.

What the EU expects from US small businesses since 2003

Update 1/2/2015: I accidentally misquoted Wikipedia in the first version of this article and wrote, “VAT is … similar to an income tax.” My apologies – The part I meant to share with you was this: “The purpose of VAT is to generate tax revenues to the government similar to the corporate income tax or the personal income tax.”

This error has launched several people into a tizzy, and that was never my intention. I stand by the original reason for this article, and I’ll say it again:

NOTHING is changing for non-EU residents selling digital products online.

The EU has expected VAT from non-EU sellers based on the customer’s country since 2003. And if you’re upset and looking to argue, please check my statements against the actual tax documents, not the misinformation you’re already spreading.

There’s been no threshold on digital sales for non-EU residents since at least 2008:

“A non-EU business supplying electronic services to private consumers in the State is obliged to register and account for VAT irrespective of the level of turnover.”

Again, my source for this rebuttal is the tax document itself.