Have you ever met someone online who bashes your work or questions your integrity? Have you ever taken part in the handmade forums and found yourself the target of a random and malicious attack? Have you ever shared an opinion in the industry that ended up the topic of a hostile debate?

If you have a growing presence in the online creative industry, chances are you’ve found yourself in one or more of these situations. Because we all work online (and people are courageous with their criticism on a keyboard!), our writing and intentions can quickly be misinterpreted. 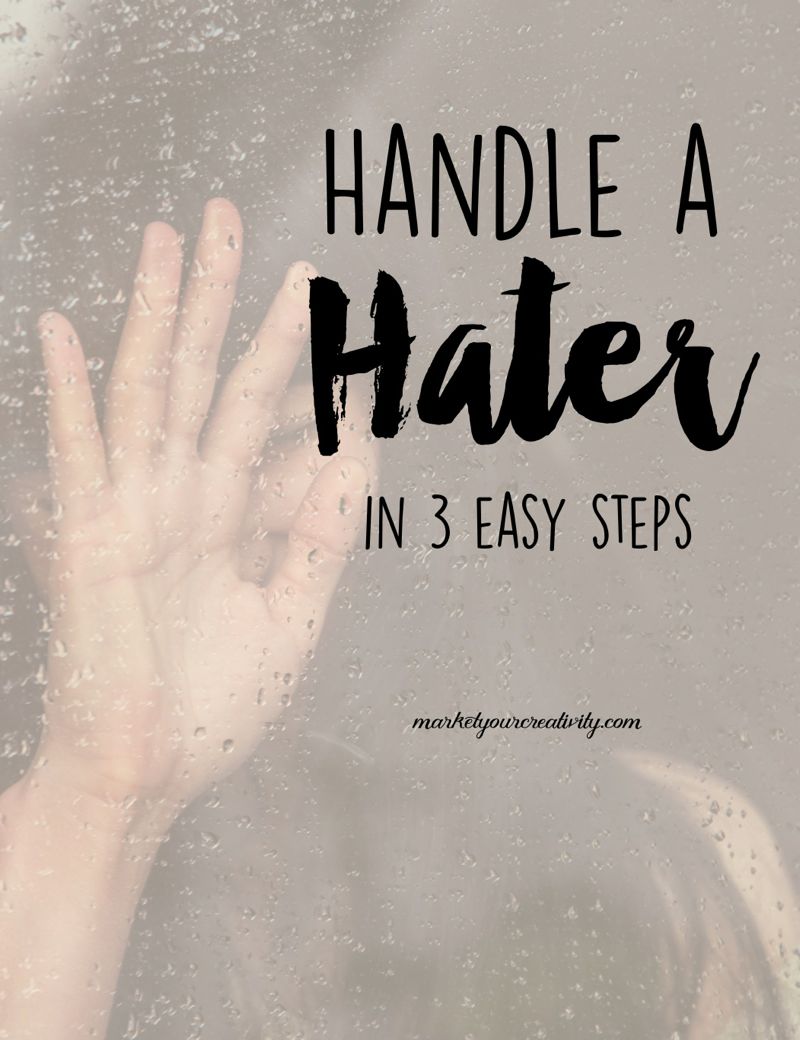 Speaking of which, have you ever jumped to the wrong conclusions after reading an email or comment, only to go back over it later and realize it wasn’t as malicious as you first received it to be? Our businesses are personal, and it’s quite easy to jump to a defensive reaction when we scan feedback or criticism we weren’t expecting to read.

But sometimes it’s more than that. Sometimes the other party does intend to hurt, criticize or attack. And when a true hater appears, it can be very difficult not to take things personally in the heat of the moment. At first, it’s very challenging to rise above the noise and keep moving forward.

Usually your hater has an opposite mentality and different way of doing things, and that can make the dynamic of your relationship very hard for either of you to understand. For me, when anything is hard to understand, it becomes more personal – I’m more likely to internalize it to try and figure it out.

That’s one thing I’m trying NOT to do this year. I decided to let go of trying to understand everybody else’s point of view; some people just can’t be figured out. So while it is baffling, here are some tips to help you handle a hater.

This is not the same as surrender! Retreating means to cut all ties with the hater, put your head down and do you. By nature, the hater wants to be right; it serves to justify their hatred. Every time you engage, the hater gets a sense of satisfaction and validation.

Therefore, disengage immediately. Your hater needs to have last word, so the faster you give it to them, the better. Keep moving forward, and they’ll quickly be a speck in your rearview mirror.

#2 Leave the battle on their territory

Don’t bring war to your homeland, and never write cutting articles or social status updates in retaliation … it will just bring you down to their level and make you look petty. While the attack feels very personal and wrong, your friends and following have no idea you’re dealing with this nonsense. Keep it that way!

#3 Be direct and stick with the facts

We’re all on Facebook, right? Do you have that one friend who posts a stream of sideswiping insults to nobody in particular? Do you know her too? The problem with throwing dirt in the air is that it lands on everyone. Let passive-aggressive attacks fly right past you, or keep your emotions out of it, confront the person with the facts, and watch them backpedal like hell.

I’m always in your corner and rooting for your success! Until next time and all the best,